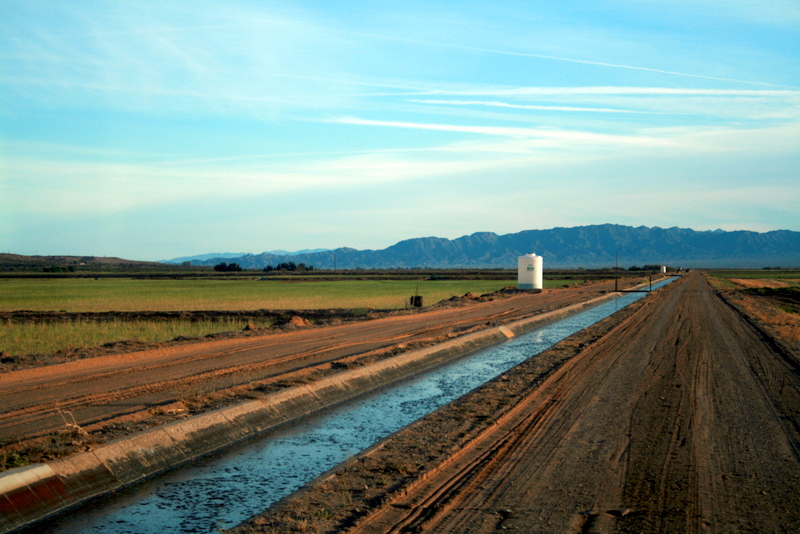 The Mohave Valley Irrigation and Drainage District (MVIDD or District) has been in existence for over 50 years. It has been transformed from an almost entirely agrarian area to one with a substantial M & I component (26% in 2013). While the agricultural component has decreased over the years, the importance of it has not.

The District is a special taxing district created under Title 48 of the Arizona Revised Statutes. The District was formed on December 23, 1963, under Mohave County Board of Supervisors Resolution Number 248.

The District is managed by a Board of Directors. Upon the District’s formation, 3 directors were elected, 1 from each division. In 2004, the District increased the number of directors to 5. The board is currently comprised of one director from each of the 3 divisions and 2 at large. Elections are held in November and directors take office in January.

The District entered into its first U.S. Bureau of Reclamation (USBR) contract on November 14, 1968, in the amount of 51,000 acre-feet of Colorado River water (contract no. 14-06-W-204). This contract stipulated that a reduction of no more than 10,000 acre-feet of water could be made if the District does not include within its boundaries such areas of additional lands as may be satisfactory to the Secretary, and if facilities for providing water service to said additional lands and to the residents therein are not available. On July 7, 1982, the USBR entered into contract number 2-07-30-W0027 with Mohave County for said 10,000 acre-feet of Colorado River water. This contract was subsequently transferred to the City of Bullhead City on December 2, 1985. These transactions reduced the District’s water entitlement under contract 14-06-W-204 to 41,000 acre-feet. Of the 41,000 acre-feet entitlement, 5,940 acre-feet are Present Perfected Rights (PPR) and 35,060 acre-feet are 4th priority water. Any unused PPR water is converted to 4th priority water on an annual basis.

On December 17, 2009, the District entered into sub-contract number 09-101 for the purchase of 1,000 acre-feet of Colorado River water from the Mohave County Water Authority, this contract was amended to add 250 acre feet of water on September 8, 2015. With the completion of this sub-contract, the District’s total water entitlement rose to 42,250 acre-feet.

The District is located in northwestern Arizona in Mohave County. The District lies along the Colorado River within the river’s flood plain between the cities of Bullhead City, Arizona, to the north and Needles, California to the south.

The District’s current exterior boundaries encompass 54,551 acres. That acreage includes 23,064 acres that are part of the Fort Mojave Indian Tribe Reservation. This leaves 31,487 acres within the District Boundaries that are under the District’s water management authority.

The topography of the District is primarily level to nearly level alluvium along the Colorado River. Some areas downgrade toward the river. The elevation is primarily 500 feet, but rises to approximately 800 feet in the far northeast section of the District.